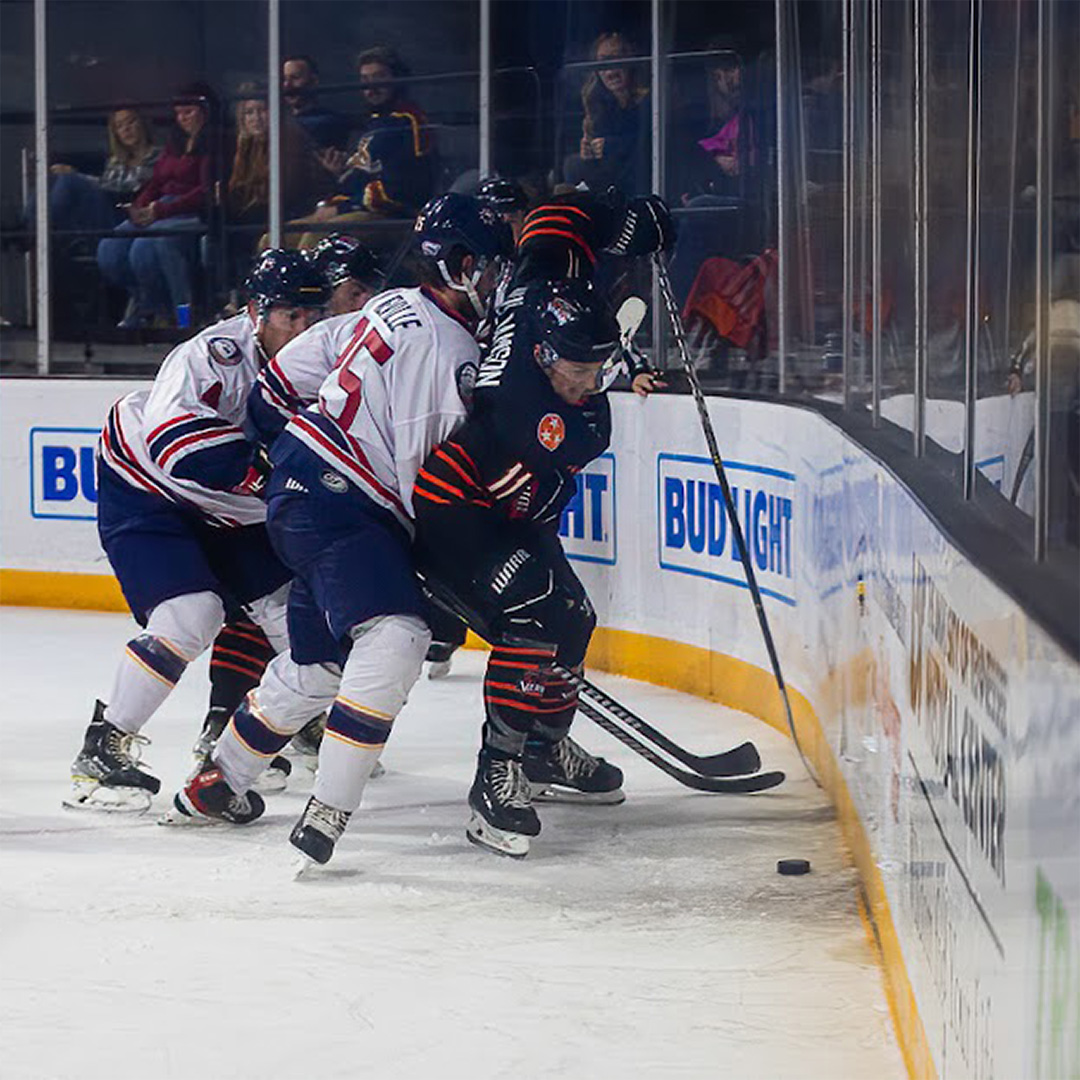 The Ice Bears conceded four power play goals on eight attempts for the Rivermen. The Ice Bears failed to convert on four chances.

Ernst broke a 2-2 tie at 3:14 of the third period when his wrist shot from the left circle found the top shelf of the net. Ernst scored his second goal at 8:40 to finish off a 2-on-1 and completed the hat trick with a wrister from the right side.

Cam Hough put Knoxville in front late in the first period when he poked in a loose puck in the Peoria crease at 15:36. Nick Pryce sent the puck net front from the left wall. The puck got caught up in traffic and came free in the blue ice, where Hough lifted it over Eric Levine for his fourth goal in his last three games.

Justin MacDonald scored his 20th of the year to give the Ice Bears a 2-0 lead at 6:02 of the second. Dino Balsamo fed the puck to the side of the crease to MacDonald, who snuck up on Levine’s left from behind the net. MacDonald finished the backdoor play with a goal on the open net.

After back-to-back penalties against Knoxville, the Rivermen took advantage of the extended power play with two goals 1:39 apart to tie the game. Marcel Godbout scored on a rebound on the 5-on-3 and Mitchell McPherson slipped a loose puck under Bailey MacBurnie moments later. MacBurnie finished with 34 saves.

Alec Hagaman scored an empty net goal to cap off the scoring detail late in the third.

The Ice Bears return home to welcome Fayetteville on Thursday. Peoria heads to Quad City Thursday morning for a day game against the Storm.