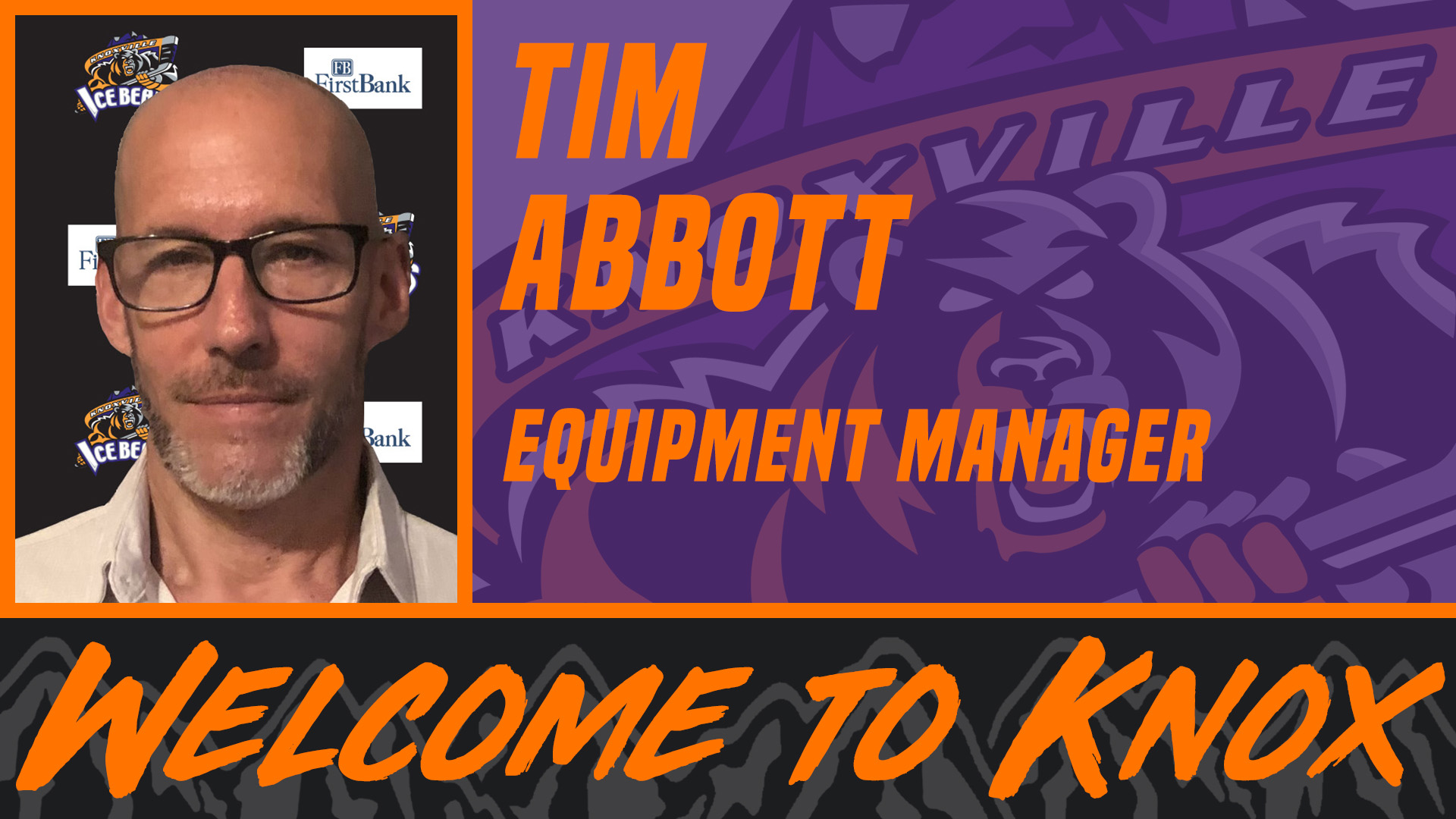 The Knoxville Ice Bears have hired Timothy Abbott as the team’s new equipment manager. Abbott has over 30 years of experience as an equipment manager for professional sports teams, primarily ice hockey and football.

“Having a great equipment manager is invaluable for any team at any level,” said Ice Bears Owner/GM/President Mike Murray. “We’re excited to bring Tim to Knoxville as part of the Ice Bear family. Anytime you need to fill the role of a team’s equipment manager it always feels great knowing you have someone that knows the profession inside and out. I have full confidence Tim will ensure our players are at their best this upcoming season.”

Abbott comes to Knoxville from the Allen Americans in the ECHL, where he served in the same role for six seasons. He has also served ECHL stints with Norfolk and Bakersfield. He spent the 2016 year as the Equipment Manager for Oakland University in Michigan.