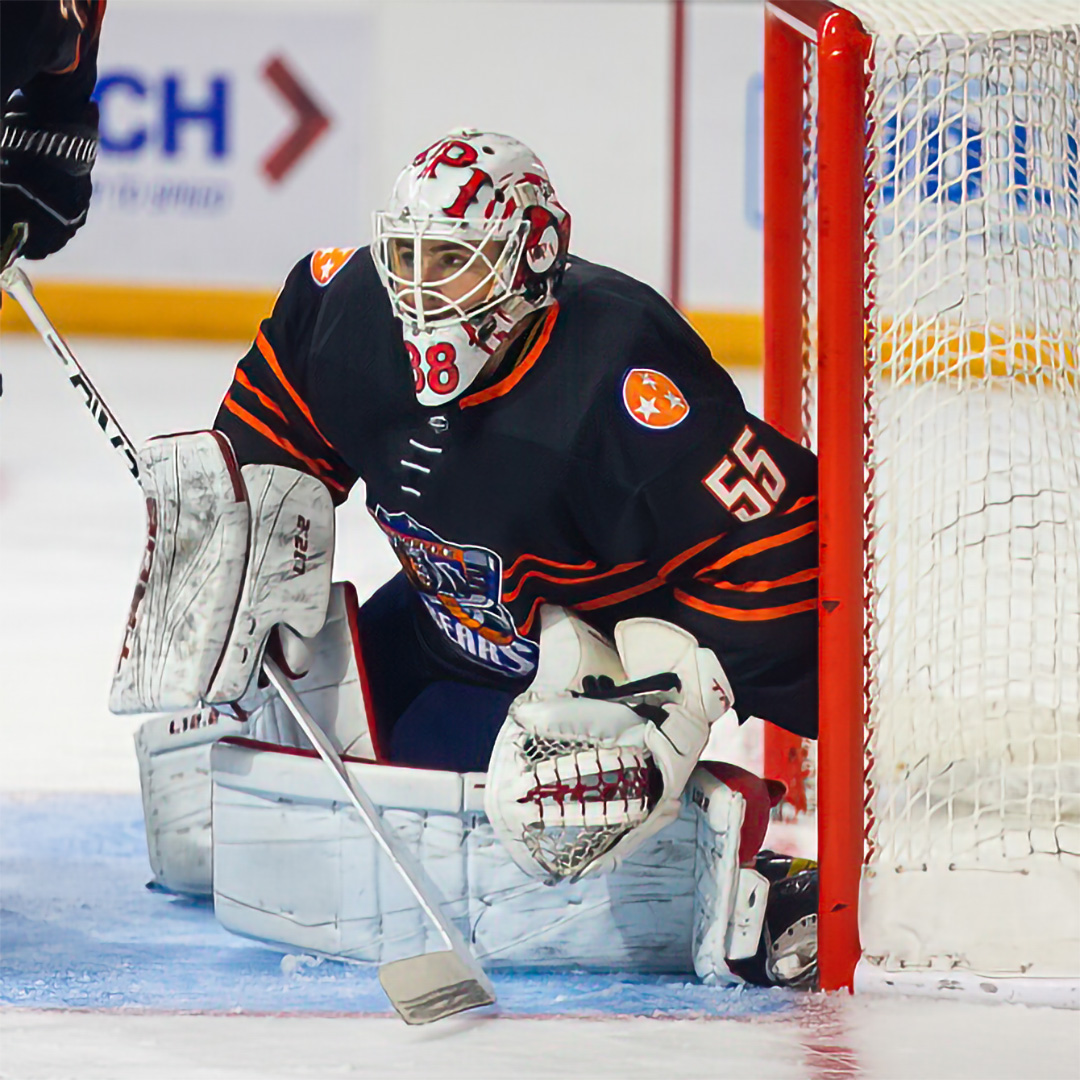 Alec Calvaruso made 41 saves, Dino Balsamo scored with less than five minutes remaining to break a 1-1 tie and the Knoxville Ice Bears held off the Quad City Storm 3-1 at Vibrant Arena in Moline Saturday night.

Balsamo put Knoxville ahead for good when Brady Fleurent made a stretch pass through the neutral zone to find Balsamo on the left wing. Balsamo beat the defensemen through the circle before putting the puck past Kevin Resop at 15:04.

Quad City thought it had tied the game with less than two minutes remaining when the puck appeared to slip away from Calvaruso’s pad and across the goal line, but play had been whistled dead when it was ruled Calvaruso had sat on the puck long enough to freeze it. A shot from the right circle nearly found the net moments later when it bounced off of Calvaruso’s glove and hit the crossbar.

Rex Moe scored on an empty net with 52 seconds remaining to cap off the scoring. Knoxville was outshot 42-24 and killed off 6-of-7 power play chances for the Storm.

Mike Moran scored early for Quad City to put the Storm in front. After an early penalty against Knoxville, Mathias Ahman shot the puck from the right side. It hit Cole Golka and sat in front of the crease where Moran tapped it past Alec Calvaruso off the post just 48 seconds into the game.

Fleurent tied the game with a power play goal at 11:44. Brett Beauvais fired a shot from the left point. The traffic by the crease caused a scramble and Rex Moe poked it free for Fleurent to tap it in for his 13th of the season.

Both teams had chances in the second period, but couldn’t break the tie. Quad City had a 5-on-3 power play, but couldn’t convert the special teams opportunity. Nick Pryce created a shorthanded breakaway chance for himself, but his backhand missed the far side post.

The Ice Bears will head to Danville for a pair of games at Vermilion County Friday and Saturday. Quad City visits Peoria on Thursday.

champions, the Ice Bears are an experienced and established organization, offering the city and its visitors a balanced product of highlight-reel hockey, unique and exciting intermission activity and endless fan interaction, presenting the most affordable, family-friendly way to enjoy sports and entertainment. Season, Partial Season and Flex Tickets are now on sale. For more information, visit www.knoxvilleicebears.com or call (865) 525-7825.