Conger has four points in loss 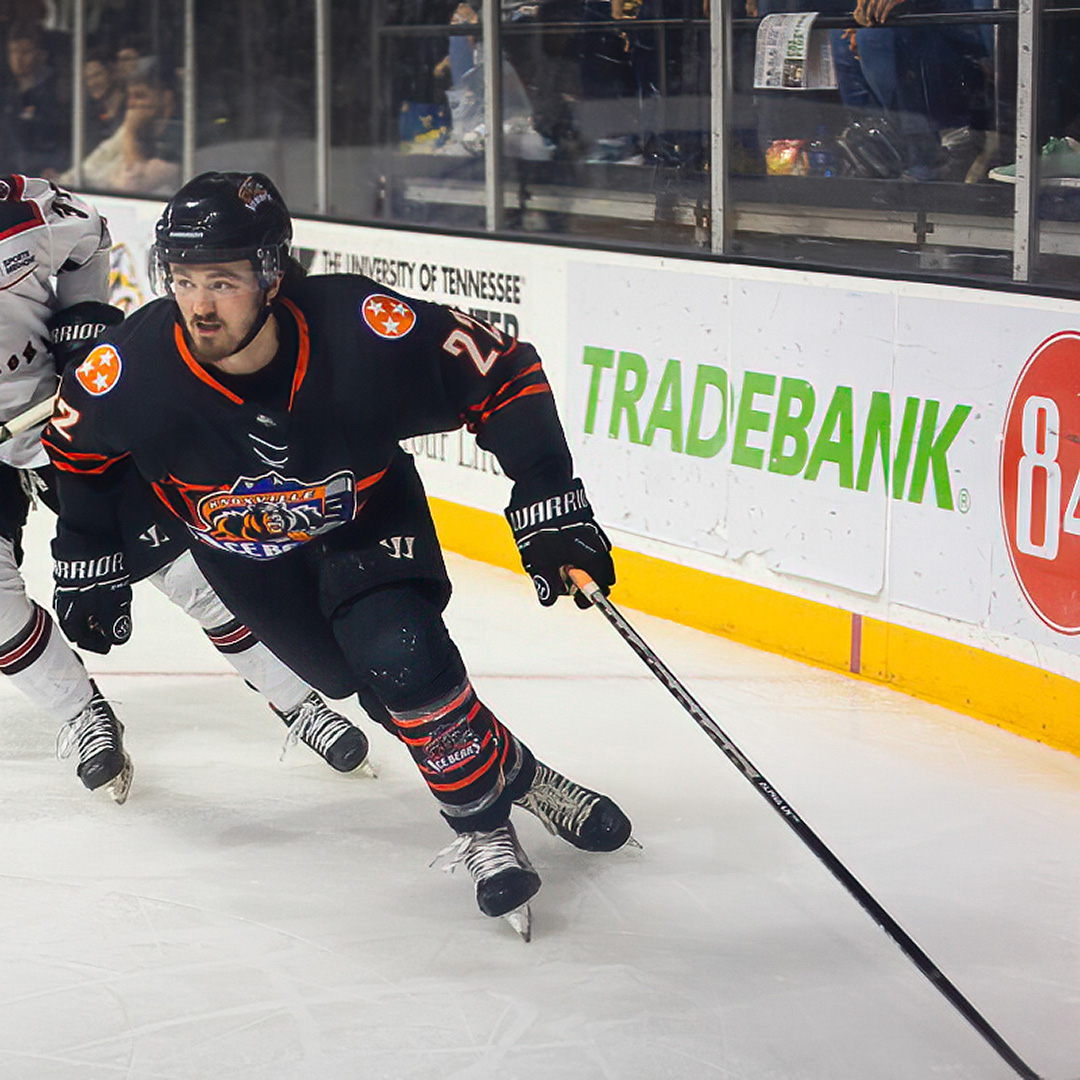 Bailey Conger had two goals and two assists, but Knoxville fell to Huntsville 8-5 Friday night at the Von Braun Center in Alabama.

The Ice Bears have lost five of their last six. Huntsville has won five straight.

Tyler Piacentini scored early for Huntsville when he corralled the puck in the right circle and lifted it over Bailey MacBurnie’s glove at 1:29 of the first. Piacentini gave the Havoc a 2-0 lead at the intermission when he broke loose on a breakaway on the right wing and beat MacBurnie with a backhand at 9:12.

Knoxville got on the board when Bailey Conger redirected a shot at the right hash over Mike Robinson at 3:08 of the second. Cam Hough held the puck in the zone at the right point and his shot found Conger’s stick before lifting over Robinson’s left shoulder.

Huntsville scored two goals a minute apart to make it 4-1 in the second. Jacob Barber redirected a shot by Chris Jones between MacBurnie’s pads and Nate Hudgin deflected a shot from Dominick Procopio inside the short side post. That ended MacBurnie’s night with just seven saves on 11 shots. MacBurnie was replaced by Alec Calvaruso.

The Ice Bears tied the game with three goals in a stretch of just over three minutes. Justin MacDonald scored on the power play with a one-timer from the left side after a saucer pass across the zone from Conger. Rex Moe knocked a loose puck into the net from the left hash two and a half minutes later and Nick Pryce worked his way in front of the crease and split Robinson’s pads to make it 4-4 at 11:50 of the second.

Rob Darrar scored two power play goals from the right circle to make it 6-4 Huntsville. His first one came at 13:37 of the second and the other came on a 5-on-3 at 6:20 of the third.

Conger responded with his second goal of the night less than a minute later to make it 6-5 when Moe’s redirect came to him on the backdoor of the crease.

Piacentini completed his hat trick with a one-timer from the left circle in transition to make it 7-5 at 10:33. Sy Nutkevitch scored on an empty net in the final minute to cap off the scoring. Calvaruso made 23 saves.

The two teams return to Knoxville Saturday night to close out the home-and-home series at the Civic Coliseum.