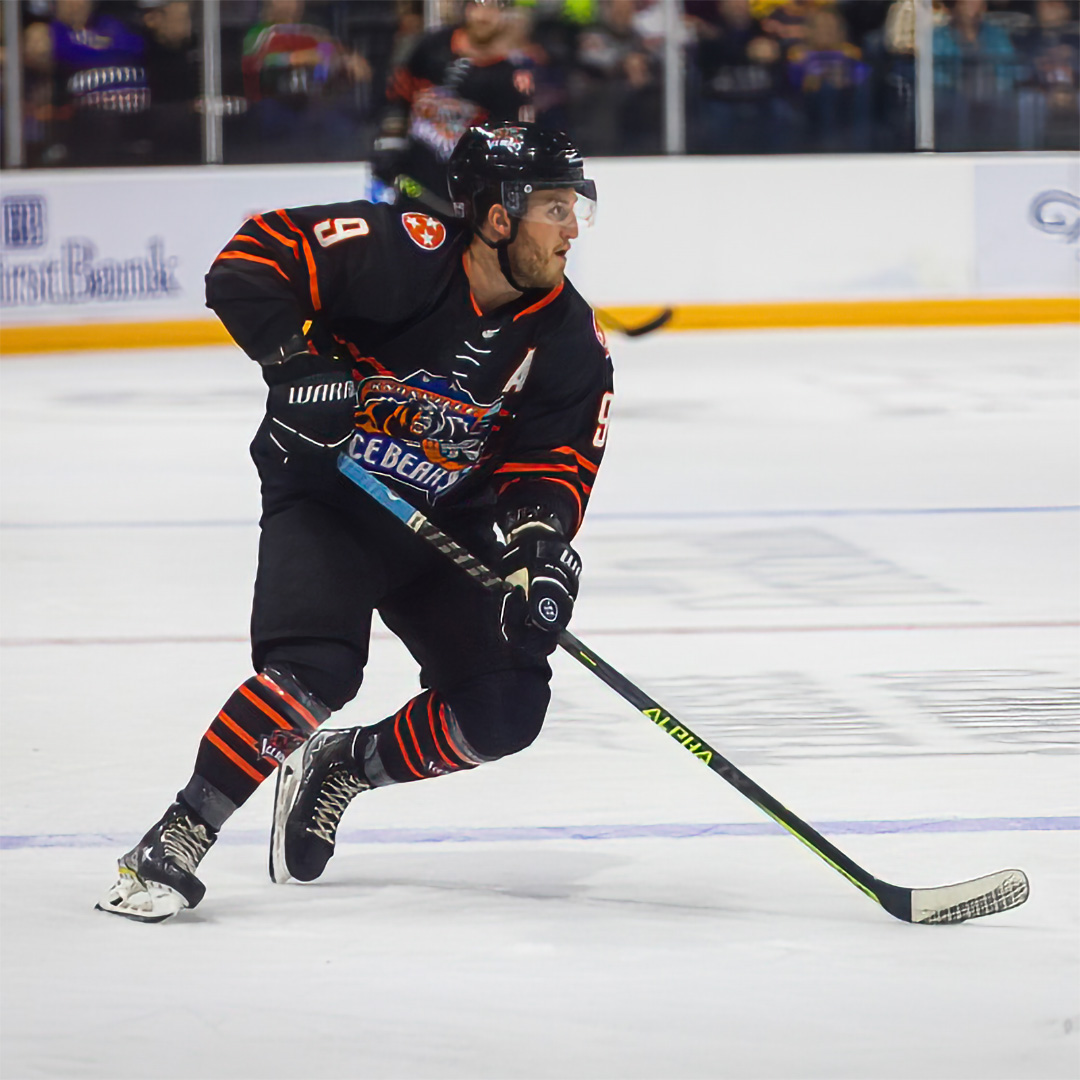 The Knoxville Ice Bears saw their five-game point streak came to an end Thursday night with a 3-2 loss to the Roanoke Rail Yard Dawgs at the Berglund Center. The Ice Bears had been 3-0-2 during that stretch.

Dillon Radin redirected a Steven Leonard shot past Trevor Babin to give the Rail Yard Dawgs a 1-0 lead. Radin positioned himself in front of the crease and deflected Leonard’s shot from the left side over Babin’s blocker at 6:16 of the first.

Knoxville tied the game moments later with Dino Balsamo’s fourth goal of the season on Knoxville’s first shot of the game. Colton Fletcher fed the puck across the zone to Justin MacDonald in the left circle and MacDonald pinpointed a pass on the backdoor to Balsamo, who tapped in the power play goal at 8:40.

Travis Broughman gave the lead back to Roanoke 35 seconds later with a backhanded flip from in front of the crease. Mac Jansen won a puck battle in the left-wing corner and sent it in front. Broughman skipped it over Babin for his fifth of the year. The Rail Yard Dawgs extended their lead in the second period when Jansen scored on a rebound at 5:08 to make it 3-1 going into the second intermission.

After a fight took place at center ice between Babin and Roanoke goalie Austyn Roudebush following an interference penalty against the Roanoke netminder, fisticuffs broke out between Knoxville’s Kyler Matthews and C.J. Valerian of Roanoke. Valerian took an additional instigation minors with Roudebush and Babin receiving game misconducts for continuing the altercation.

With Knoxville on the 5-on-3 after the chaos, MacDonald scored on the power play to draw the Ice Bears within one. Brett Beauvais faked a shot from the high slot and passed it to MacDonald in the right circle. MacDonald’s one-timer beat Talor Joseph for his ninth goal of the season, but the Ice Bears couldn’t get closer.

Roudebush claimed the win for Roanoke at stopped 18 of 19 shots. Joseph made four saves for Roanoke. Babin stopped 38 of 41 attempts in his Ice Bears debut while Kristian Stead stopped all four shots he faced in relief for Knoxville.

Knoxville is off until Sunday when it heads to North Carolina to meet Fayetteville. The Rail Yard Dawgs head to Fayetteville Friday and will face the Marksmen on Friday and Saturday.