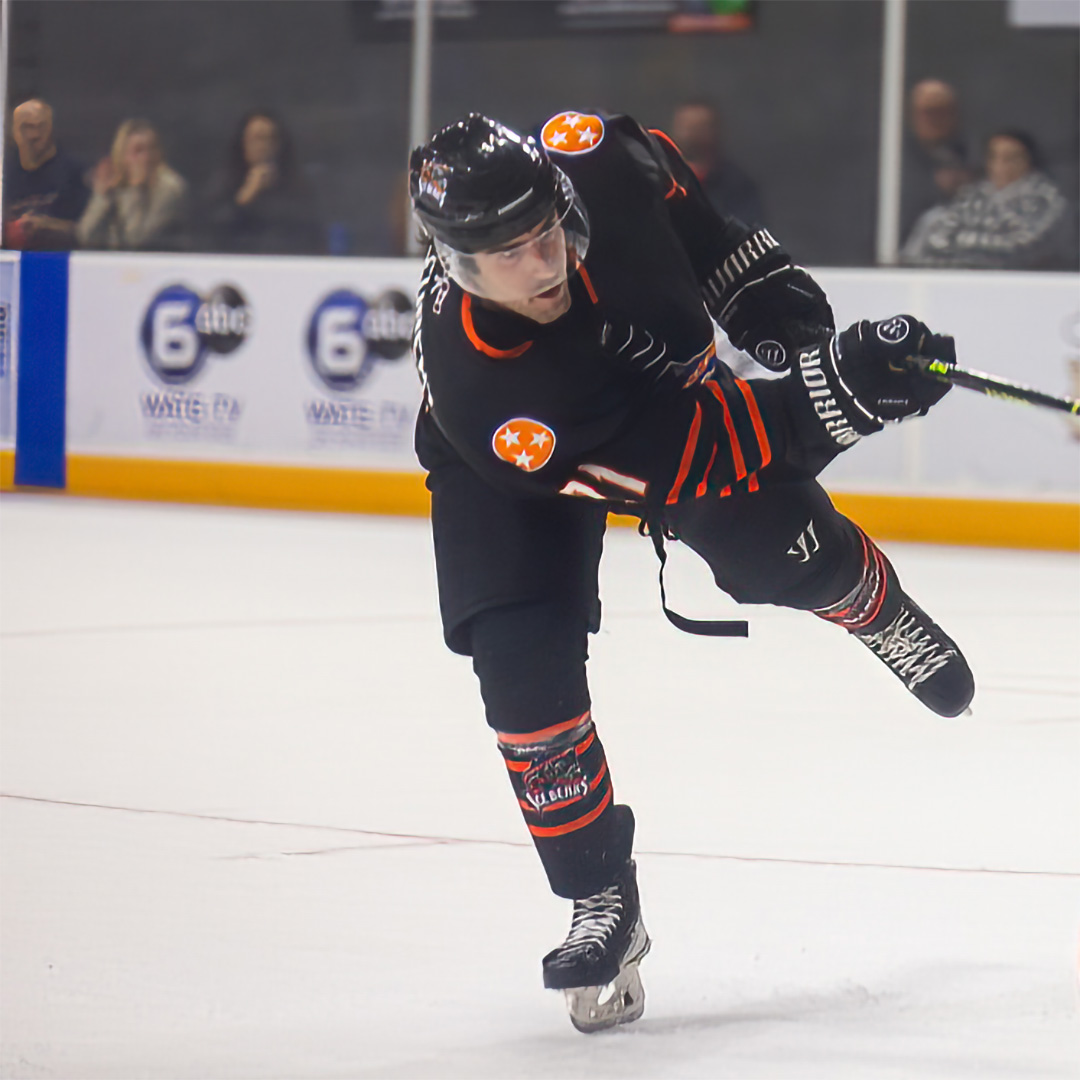 Brady Fleurent scored at 2:34 of overtime and the Knoxville Ice Bears defeated the Quad City Storm 6-5 Friday night at Vibrant Arena in Moline.

Conger forced overtime for Knoxville with less than five minutes remaining when Balsamo sent him the puck from the high slot to the right corner. Conger swept across the crease and slid the puck behind a falling Bailey Brkin to tie the game 5-5.

That setup Fleurent’s second goal of the night to win it for the Ice Bears. He entered the zone on the right wing with Knoxville on the power play. He found Kyler Matthews with a cross-ice feed and Matthews slid the puck back to him in the right circle. Fleurent’s wrist shot found the twine and gave Knoxville just its second lead of the night in a back-and-forth game.

Logan Nelson scored his second goal of the night at 11:47 of the third off a rebound to give Quad City a 5-4 lead. Mike Moran carried the puck through the right circle and his shot bounced off of Kristian Stead before Nelson punched it back on net.

After multiple penalties left the teams skating 3-on-3, Mathias Ahman scored from the right circle at 6:13 of the first to give Quad City the lead. Dillon Fournier slid Ahman the puck from the top of the zone and Ahman kept the puck low to put it under Kristian Stead’s right pad for his first goal of the season.

Patrick Gazich scored off a rebound at 9:50 to double the lead for Quad City. Marcus Ortiz shot the puck from the right point and it bounced back into the slot off of Stead. Gazich swept in and put a backhand by Stead to make it 2-0 midway through the opening period.

Conger got Knoxville on the board with a power play goal at 14:18. The Ice Bears established possession in the Quad City zone. Balsamo worked it off the right side up to Brett Beauvais at the blue line. Beauvais found Conger alone in the left circle and his wrist shot hit Brkin before finding the back of the net.

Rex Moe tied the game early in the second for Knoxville when he split Brkin’s pads on a breakaway. Colton Fletcher stole the puck in the neutral zone and sent it ahead for Moe, who had slipped behind the Storm defense. Moe shot the puck from the left hash to beat Brkin five-hole at 1:50.

Knoxville took the lead when Fleurent scored off a one-timer less than two minutes later. Balsamo carried the puck through the right circle and found Fleurent on the opposite side with a saucer pass. Fleurent buried the puck for his 11th of the season to make it 3-2.

Nelson tied the game moments later for Quad City. Knoxville nearly jumped out in front again on several occasions, but Brkin kept the score tied with a diving save to deny another one-timer by Fleurent midway through the second. Brkin later stopped a rebound attempt by Conger after the puck slipped behind him off the side of the crease.

The Storm retook the lead when Cole McKechney lost the puck in the zone and Moran carried down all alone for a shorthanded breakaway at 13:24.

Balsamo tied the game again at 15:22. Conger won the puck off the corner and found Balsamo in front for his fifth goal of the season to deadlock the game at four goals apiece at the second intermission. Stead finished with 42 saves for Knoxville. Brkin made 32 stops for Quad City.

The two teams will face off again Saturday night in Moline.