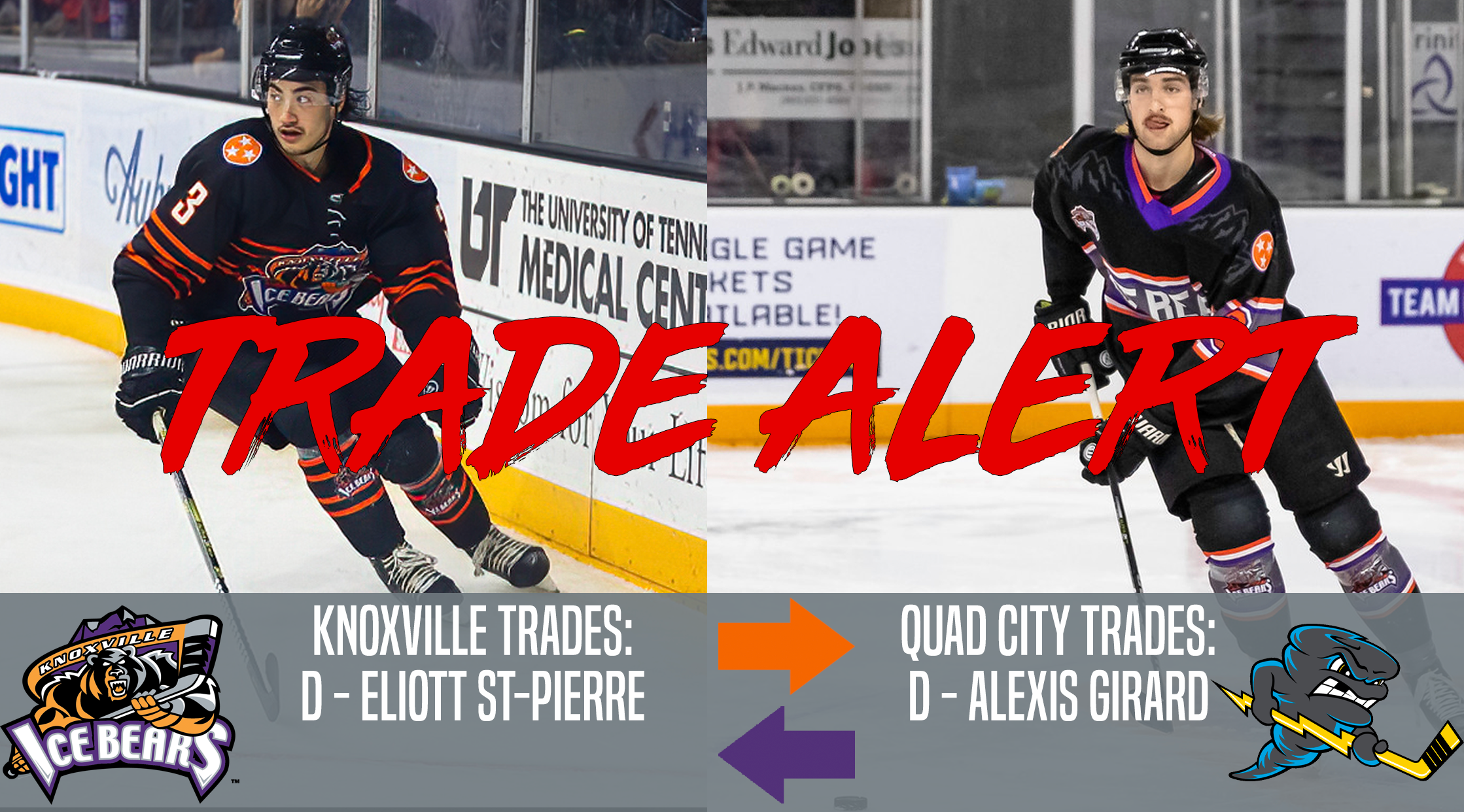 It’s Girard’s second stint with the Ice Bears after he appeared in four games for Knoxville last season. The third-year pro has appeared in 61 SPHL games over the past two seasons, including 12 for Quad City this season after playing in 16 for the Evansville Thunderbolts earlier in the year. He played 12 games in the ECHL last year after leaving Knoxville on loan.

St-Pierre played 24 games for Knoxville this year with his last appearance coming on January 7 against Huntsville. He spent parts of last season with the Thunderbolts and Havoc while also appearing in one game for Peoria this season.

The Ice Bears host Huntsville this Friday and Saturday at the Knoxville Civic Coliseum. Puck drop is set for 7:35 p.m. each night.