Ice Bears overcome Bolts in front of sold out Coliseum 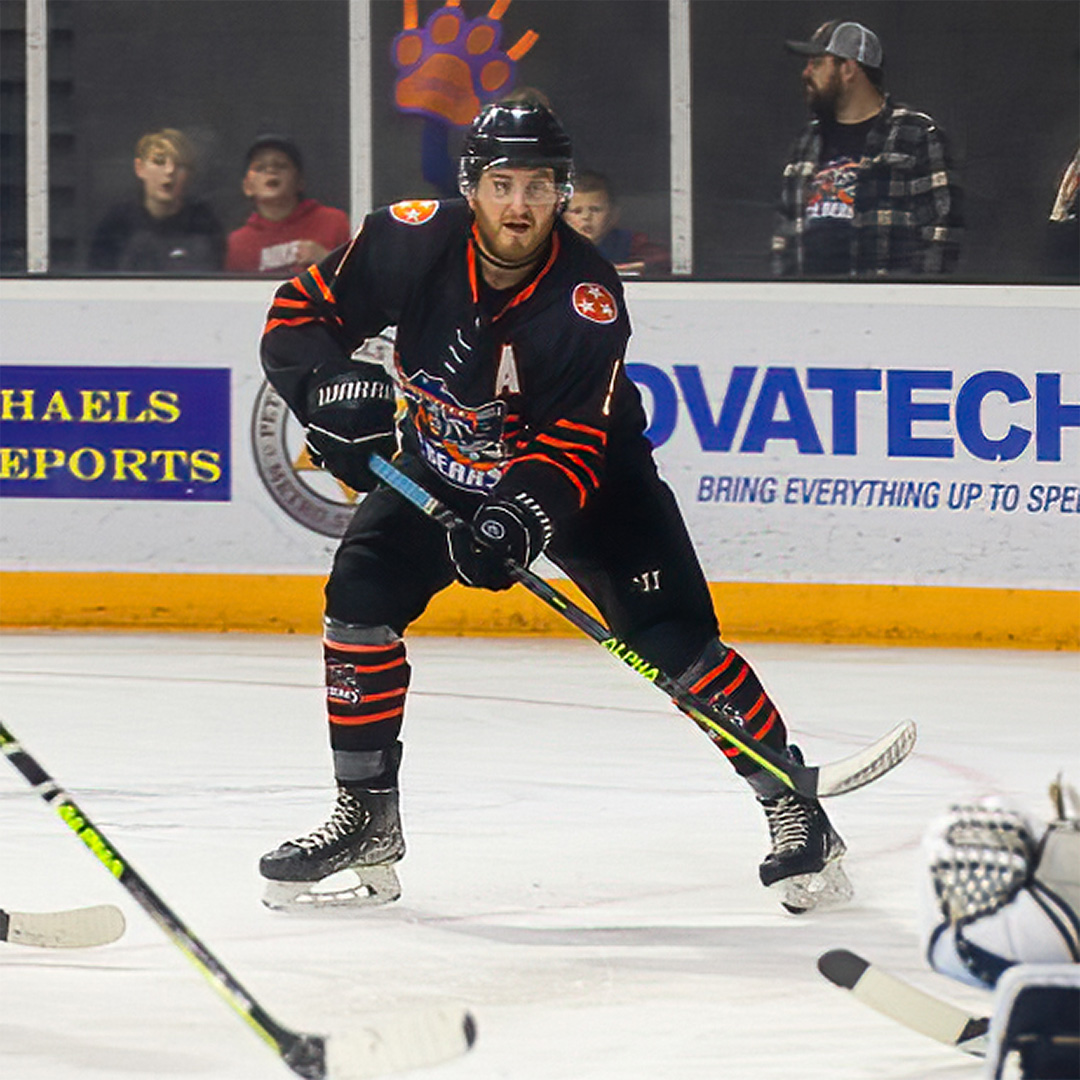 Rourke Russell scored at 14:26 of the third period to break a 2-2 tie and the Knoxville Ice Bears defeated the Evansville Thunderbolts 4-2 in front of a sold out Knoxville Civic Coliseum Saturday night.

Dino Balsamo, Cam Hough and Nick Pryce also scored for Knoxville, winners of two straight. Kristian Stead made 26 saves to pick up his ninth win of the season.

With Knoxville on a 5-on-3 power play, a shot by Hough went high and off the glass, where Russell tracked it down as it rolled to the perimeter. Russell skated back up top, crept toward the high slot and blasted a shot through traffic that found the top shelf of the net for his first goal as an Ice Bear.

Evansville opened the scoring when Andrew Shewfelt scored on a one-timer from the right circle. Mathieu Cloutier fed the puck to the right side to Shewfelt, who slipped it under Stead’s right pad at 2:23 of the first.

Knoxville responded when Balsamo scored from the slot less than two minutes later. Russell freed up the puck on the left half-wall for Justin MacDonald. MacDonald found Balsamo creeping in between the circles and Balsamo’s wrist shot made its way past the blocker of Zane Steeves at 4:02. It was the 50th goal of Balsamo’s career.

Brandon Harrogate put Evansville back in front 44 seconds later when he stole the puck in the slot, moved to the left side and lifted a backhand past Stead to make it 2-1 at the first intermission.

Hough tied the game late in the second period when his wrist shot from the slot beat Steeves down low for his seventh goal in his last six games. Brett Beauvais lifted the puck out of the zone to Razmuz Waxin-Engback at center ice. Waxin-Engback skated into the right circle, stopped at the dot and centered the puck to Hough who scored at 15:16.

Pryce provided the insurance marker moments later when Waxin-Engback intercepted the puck in the neutral zone. Waxin-Engback chipped the puck ahead to his left to Pryce, who muscled his way to the left of the crease and fired a quick shot inside the short side post for his fifth goal of the year. Steeves finished with 30 saves.

Knoxville heads to Georgia to face the Macon Mayhem at 4 p.m. Evansville returns to the Ford Center to welcome Huntsville Sunday afternoon.